2013 was a fantastic year for new development in the city of El Paso.  All parts of town saw growth in parks, retail space and entertainment districts. 2014 looks to be an even bigger year for the city.

New Urban Development is gaining speed in the new Montecillo development in west El Paso.  With retail space, apartments and an Alamo Drafthouse Cinema in the works.  Montecillo looks to be a premiere destination for the West side of El Paso and all of town.  There are 99 residential units planned for the site which will be incorporated into mixed-use buildings. And 1,165 parking spaces will be spread out among surface lots, parking structures, and on-street parking.  Another new shopping district in the works will be at the corner of South Desert Boulevard and Redd Road.  This 14.9 acre shopping center is being developed by Centergy Retail of Dallas and is already anticipating a huge population growth in that area of town.

Restaurant development in downtown El Paso is sure to grow strong with the addition of the ballpark.  Some places are already popping up like Anson 11. Whether you are in the mood for fine dining or a relaxed business lunch, Anson 11 is a great place to have a fantastic steak or a salad with a specialty cocktail.  Sparrows Pizza is another addition downtown that offers great pies and a great selection of spirits and craft beers.  If you are looking for some healthier options then The Green ingredient downtown has you covered.  New casual dining spot The Green Ingredient in the Chase building offers a great selection of salads and sandwiches with a lot of Vegan options as well.  And lets not forget about Craft and Social.  Craft and Social is a new drink and eatery slated to open this spring 2014 downtown. A very old school vibe with modern decor.  City Council will vote next week on the next phase for San Jacinto Plaza renovation project.  This next phase will cost $4.5 million that will pay for additions of a full service cafe, shade structure, a reflection pool, an interactive water feature with splash deck and better seating throughout the plaza.  Completion of this project would have to be done no later than 1 year from the contract award to the builder.

The Eastside has not been left out of new restaurant additions.  Cabo Joes has expanded their businesses to the far eastside (Zaragoza) as well Steveo’s EAT & DRINK (Lee Trevino) coming east.  Steveo’s offers a great selection of craft beers and premium burgers.  The Fountains at Farah in East El Paso have really taken off  this past holiday season.  New businesses like Twin Peaks, TJ MAXX, Nordstrom Rack and Dicks sporting goods have been great new additions to an already flourishing Hawkins shopping district.  Cinemas on the eastside are popping up or upgrading to handle the large burst in population in recent years.  Premiere Cinemas at Bassett just upgraded their theatres and now provide IMAX shows as well.  Cinemark just opened up another theatre on Montana and Joe battle that has over 15 screens itself. 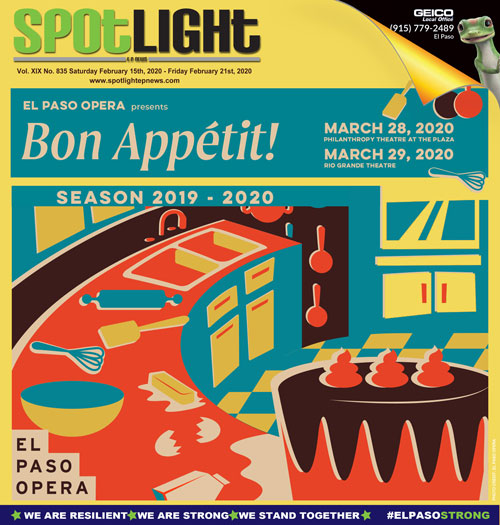